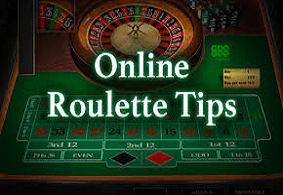 Roulette is the game that people most often associate with casinos because there has always been something about this game that simply fascinates people, even the ones who do not gamble! It is thought that Roulette, which translates to "little wheel," was invented by French mathematician Blaise Pascal and made its first appearance in a Paris casino in 1796. It was taken over to the Americas later on and an extra zero was added to the American version in order to give the house a better edge. Roulette became very popular almost immediately and that popularity has only grown since then. Nowadays, you do not even have to go to a physical casino to play roulette since you can do so from the comfort of your own home when you sign up at an online casino. 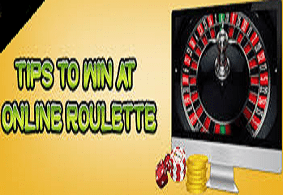 Perhaps one of the reasons that make online roulette appeal to so many people is the fact that it is easy to learn yet exciting; all you really have to do is place a chip on a number or a few numbers and watch the ball spin while hoping that it will land on one of those numbers! But a lot of people never really take the time to understand outside bets aside from red/black and do not even employ any kind of strategy to help them win. Here are a few tips you should use when playing online roulette:

About the Martingale System

Using a strategy or system to help you bet might seem like a good idea but that is not always the case. One of the most common systems is the Martingale system which is basically a way of chasing an outside even money bet. For example, a player might notice that black has hit a few times in a row and reason that red should hit next or soon thereafter so he or she places a bet on red. If red does not hit, the bet is doubled and this goes on until red does hit. Sounds foolproof except that it isn't for two important reasons: 1. No one has a limitless bankroll to keep doubling up forever. 2. The house places a betting limit in online roulette that effectively nullifies the chances of using this system indefinitely.